Arkadi Monastery is located near the village Amnatos, 23km east of Rethymno. It is built at an altitude of 500m, on a fertile plateau with olive groves, vineyards, pine, cypress and oak trees. Around the monastery there are several picturesque chapels and from there starts the beautiful Arkadi gorge.
The exact date of the foundation of the monastery is not known, but it is believed that it was actually founded by Byzantine Emperor Arkadios in the 12th century. According to another version, the name is taken after a monk called Arkadios, who first founded the monastery. Moreover, the monastery was called Tsanli Manastir by the Turks (i.e. beneficiary bell), as the Arkadi monastery was the only Cretan monastery that had the right to ring its bells. 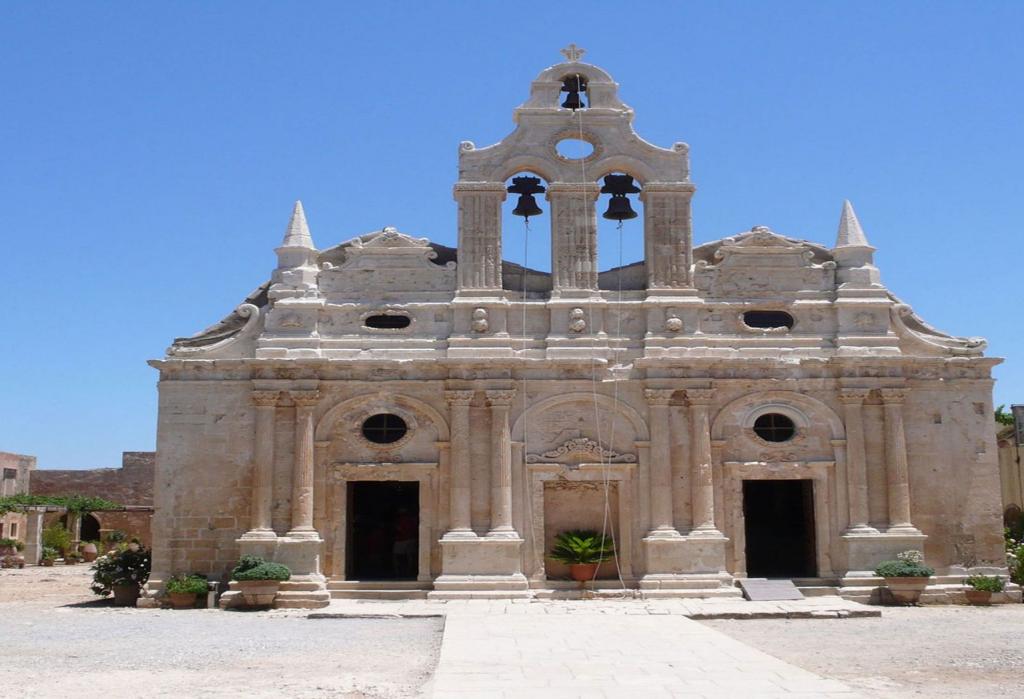 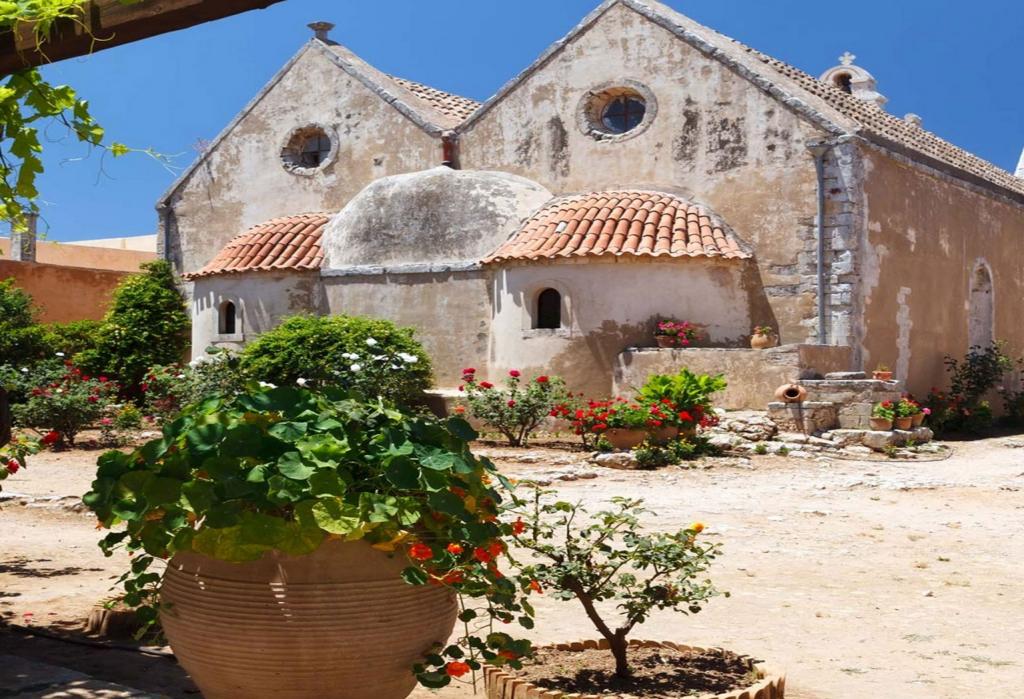